Kelowna, BC, December 8, 2021 — Advocacy Canada joins with survivors and advocates across the country in celebrating Bill C-4, An Act to Amend the Criminal Code (conversion therapy) into law. After a whirlwind of activity by members of parliament and senators to fast-track the bill, it received royal assent today making it now illegal for practices that have been going on in Canada and around the world for decades.

The UN Independent Expert on protection against violence and discrimination based on sexual orientation and gender identity released his report entitled Practices of so-called “conversion therapy” in the spring of 2020. To quote from this report:

All practices attempting conversion are inherently humiliating, demeaning and discriminatory. The combined effects of feeling powerless and extreme humiliation generate profound feelings of shame, guilt, self-disgust, and worthlessness, which can result in a damaged self-concept and enduring personality changes.

These practices also violate the prohibition of torture and ill-treatment, since they take point of departure in the belief that sexually diverse or gender-diverse persons are somehow inferior – morally, spiritually or physically – than their heterosexual and cisgender siblings and must modify their orientation or identity to remedy that inferiority. Therefore, any means and mechanisms that treat LGBT persons as lesser human beings are degrading by their very definition and may amount to torture depending on the circumstances, namely the severity of physical and mental pain and suffering inflicted.

Bill C-4 defines conversion therapy as a practice, treatment, or service designed to:

This bill expanded on the previous Bill C-6, and to quote Senator René Cormier who sponsored the bill in the Senate, “Bill C-4 is specifically designed to protect the dignity and equality of LGBTQ2+ Canadians by ending conversion therapy in Canada. It would do so by criminalizing conversion therapy in all settings, regardless of age or consent. Although former Bill C-6 would have comprehensively protected children, it would only have protected adults from forced conversion therapy and prohibited the commercialization of the practice. Bill C-4’s comprehensive approach is intended to target the different types of harms that conversion therapy poses. These harms can manifest themselves at the individual level, including for persons who had consented to undergo conversion practices.”

“I’m thrilled to see this bill advance so quickly after many false starts,” says Wilbur Turner, founder of Kelowna-based Advocacy Canada. “Today we celebrate, and tomorrow we will be rolling up our sleeves to continue working to ensure that survivors have the resources they need to heal, as well as those who still face these practices know where to turn for help.”

Advocacy-Canada.lgbt is a Kelowna based non-profit organization with a mission to unite and amplify queer voices in support of creating positive change on important issues. The organization was founded by Wilbur Turner, inspired by his social and political awareness of issues that impact the 2S-LGBTQIA+ (queer) community. Wilbur previously led the Kelowna Pride, Fierté Canada Pride, and Living Positive Resource Centre, boards. 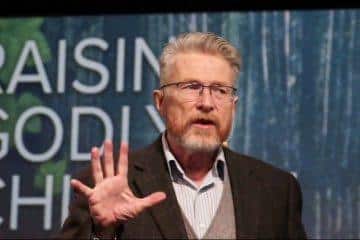 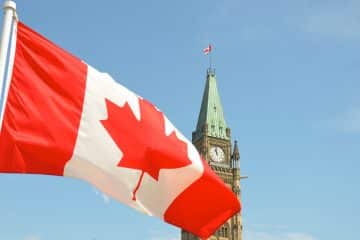 Kelowna, BC, November 29, 2021. — The 44th Parliament had the first reading today of Bill C-4, An Act to amend the Criminal Code (conversion therapy), tabled by the Minister of Justice, David Lametti. Three Read more…