Advocacy-Canada.lgbt has launched a campaign to have the City of Kelowna enact a bylaw to ban so-called conversion therapy in Kelowna. Conversion therapy is a medically and scientifically debunked practice used to attempt to change a person’s sexual orientation, gender identity, or gender expression. There is no evidence that this practice is effective, and a great deal of evidence that it causes lasting harm.

To support a formal request to the mayor and council an online petition has been started to gather support. You may view and sign the petition here.

A conversion therapy ban has been in the news with the federal government introducing Bill C-6 to criminalize certain aspects of this practice, and with parliament being dissolved for a fall election the bill did not clear the Senate. The Liberal government has promised they will bring the bill before parliament again to get it passed. Dozens of conservative members of parliament voted against the original bill, mainly citing concerns with the definition of conversion therapy which appear to have originated from a religious lobby group.

There are 18 municipalities in Canada that have either introduced or are drafting bylaws to ban conversion therapy within their jurisdiction. Many of them have passed motions supporting the federal ban as well. You may ask, why is it important for a local ban if there will be a federal ban? This is a great question. All levels of government should be addressing this issue as we need all the tools possible to ensure this harmful practice has no place in our communities. One of those tools is a local ban. What this means is that individuals and organizations that do practice conversion efforts will think twice before carrying them out here. The following are some of the other reasons municipalities have enacted a ban:

Dozens of municipalities, counties, states, provinces, and territories across North America have passed bylaws, ordinances, and policies prohibiting conversion therapy within their communities. In the case of municipalities, most
provincial or territorial governments allow cities, towns, and counties the flexibility to create their own bylaws relating to:

Most municipal governments are also allowed to:

It is time that it is made known these harmful practices are no longer welcome in our city. Together we can help make Kelowna a safer place for all. 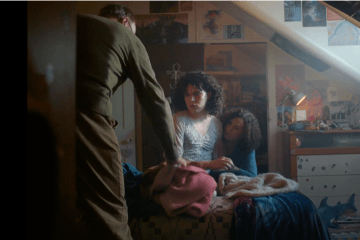 The powerful short film is the result of a collective of 21 LGBTQA+ charities, coordinated by Stonewall, coming together to depict the abuse of a young trans person undergoing so-called ‘conversion therapy’ more accurately described Read more…

Kelowna, BC, December 8, 2021 — Advocacy Canada joins with survivors and advocates across the country in celebrating Bill C-4, An Act to Amend the Criminal Code (conversion therapy) into law. After a whirlwind of Read more…